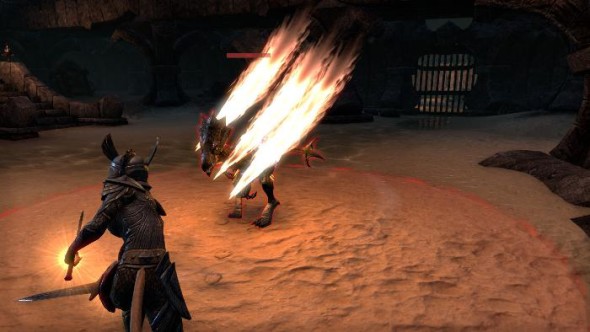 Dragonknight builds that will perform well while soloing and leveling in Elder Scrolls Online. This guide will attempt to cover two popular weapon setups mixed which is proper for battling in Imperial City.. There is no “best” build in the Elder Scrolls Online since the game’s class system encourages flexibility and customization. As such, this build is a suggestion.

PvP and PvE builds for Dragonknights should both have a decent amount of survivability and ways to control enemies and control the flow of combat. Both melee and ranged options are important.

This build is also also meant to be a loose guide and should be customized to fit your individual needs and playstyle. Utility abilities, for example, are completely customizable.

Listed below are two example active skill sets for pure PvE and two for pure PvP. Each set will contain two different types of weapons for the sake of variety. The sky’s the limit when it comes to builds in ESO, so remember to use this to your advantage!

Passive skills will not be listed below. As a general rule of thumb, grab any class passives and weapon passives you can, then branch out to other passives that fit any builds you commonly use.

This build will focus primarily on tanking PvE encounters but will be equipped to handle solo situations well and also function in PvP as an unstoppable defender. The build’s primary weapon set will be a sword and shield, but switching to a 2-hander will give the DK access to greater flexibility. While tanking, this build will excel at single target encounters where AoE isn’t needed yet maximum survivability and mitigation is.

Suggested Attributes: A mixture of Stamina, Magicka and Health as needed for leveling, and pure Health for endgame.

These are your primary tanking abilities and survivability cooldowns best used while equipping a sword and shield and taking heavy damage.

Other suggested options for Dragonknight builds include bow DPS builds, dual wield DPS builds, destruction staff DPS builds and restoration staff/dual wield healing builds. Remember you can mix and match two weapon sets in a build to either maximize one particular build or play more of a hybrid role in either PvP or PvE. 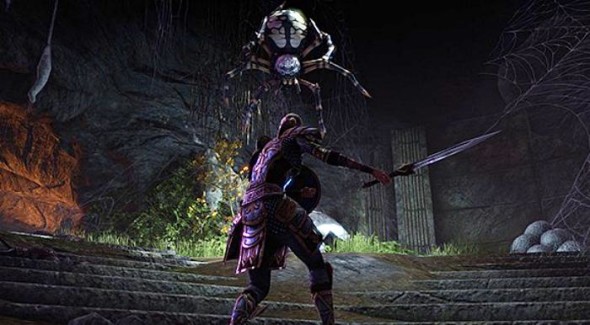 This Dragonknight build makes use of two ranged options– the destruction staff and the restoration staff– to nuke down opponents, survive under pressure and support their teammates. It’s a bit of a non-standard build, but extremely viable for PvP and for most PvE situations as well.

Armor Type: A mixture of heavy and light armor

These is your damage weapon set. Use this to initiate combat, set up DoTs, apply crowd control and apply burst damage when it’s needed. It also has a couple of healing/damage reflection cooldwns.

Use this set when you need to throw out emergency heals to yourself or your group. You also have a few survivability cooldowns and damage reflection abilities. Additionally, you have one DoT ability you should throw out whenever you get a chance to do so.

This build uses a two-handed weapon and a bow to be as flexible as possible for PvE encounters. It focuses on pure damage but also self-survivability. There will be fights when melee is not practical, and this is where the bow flexibility will shine. This build should also be able to off-tank in a pinch.

Armor Type: A mixture of heavy and medium (mostly heavy)

This is your melee set which you should use whenever it’s safe to dive into melee range. You have a combat initiator and a few mitigation/self-heal cooldowns as well.

Use this set whenever you need to stay at range. This set may also be best for AoEing packs of mobs.